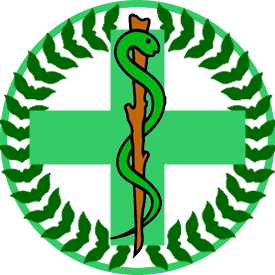 What is Natural Medicine?

Modern naturopathic medicine is a progressive medical system that integrates the best elements of traditional and conventional treatment modalities and focuses them around a central goal: supporting the inherent self-healing processes of the human person. While the profession formally called “naturopathic medicine” has existed for just over 100 years, its historical roots stretch back to the dawn of human existence.

It should be clearly noted that naturopathic medicine is not simply an empirical system of therapeutics based on the use of natural agents. Though it diverges significantly from the conventional medical model in some of its conceptual elements, the naturopathic medical model can explain empirical facts as they occur in nature, generate hypotheses that are experimentally testable, and offers an explanatory strategy rooted in basic biophysical sciences that gives rise to an integrated medical world view.

An increasingly important goal of contemporary medical investigation is in understanding how the activity of the human system influences the individual’s health and susceptibility to disease. The general systems strategy inherent in the naturopathic model allows for a number of advantages in this regard over the reductionist strategy of the conventional medical model.  First, the general systems strategy allows for the re-integration of behavioral and psychosocial data that is arbitrarily ignored within the conventional medical model. Second, the systems perspective serves as an organizational guide, allowing naturopathic clinicians to target their interventions to the appropriate level of the human hierarchy.  Such an approach affords the possibility of the greatest efficacy at the lowest cost with the lowest level of side effects for procedures within naturopathy’s treatment range.

Finally, because it is an integrated conceptual outline based on findings from biological, psychosocial, and cognitive disciplines, the general systems strategy avoids the fragmentation found in conventional medicine.  Instead it generates a common framework that can accommodate the preventive, curative, and rehabilitative aspects of total patient centered care.  In cases that lie outside naturopathy’s therapeutic sphere, this framework provides a communication interface with which to confer with allopathic physicians.

Southern California University of Health Sciences
Founded in 1911, Southern California University of Health Sciences (SCU) has been a leader in educating students to be competent and caring integrative healthcare practitioners for over 100 years. SCU has a history of providing the highest levels of patient care and has gained a reputation for excellence in an evidenced-informed curriculum.

University of Natural Medicine
Bastyr University is the largest university for natural health arts and sciences in the U.S., combining a multidisciplinary curriculum with leading-edge research and clinical training to educate future leaders in fields such as naturopathic medicine, acupuncture and Oriental medicine, and whole food nutrition. A Bastyr education offers a broad foundation that prepares students to follow their hearts and flourish as successful holistic professionals.

Quotes on Health and Wellbeing

“We are accustomed to look for the gross and immediate effect and to ignore all else. Unless this appears promptly, we deny the existence of hazard. Even research men suffer from the handicap of inadequate methods of detecting the beginnings of injury. The lack of sufficiently delicate methods to detect injury before symptoms appear is one of the great unsolved problems in medicine.”  – Rachel Carson

email
“Enlightenment is man’s release from his self-incurred tutelage. Tutelage is man’s inability to make use of his understanding without direction from another. Self-incurred is this tutelage when its cause lies not in lack of reason but in lack of resolution and courage to use it without direction from another. Sapere aude! ‘Have courage to use your own reason!’- that is the motto of enlightenment.” – Immanuel Kant

“There are some remedies worse than the disease.” – Publilius Syrus

“We must turn to nature itself, to the observations of the body in health and in disease to learn the truth.” – Hippocrates

“Take care of your body with steadfast fidelity. The soul must see through these eyes alone, and if they are dim, the whole world is clouded.” – Johann Wolfgang Von Goethe

“I am convinced digestion is the great secret to life.” – Sydney Smith

“Our own physical body possesses a wisdom which we who inhabit the body lack. We give it orders which make no sense.” – Henry Miller

“I am dying with the help of too many physicians.” – Alexander the Great

“God heals, and the doctor takes the fee.” – Benjamin Franklin

“The art of medicine consists of amusing the patient while nature cures the disease.” – Voltaire

“Water, air, and cleanliness are the chief articles in my pharmacopoeia.” – Napoleon

“It is health that is real wealth and not pieces of gold and silver.” – Mahatma Gandhi

“A wise man should consider that health is the greatest of human blessings, and learn how by his own thought to derive benefit from his illnesses.” – Hippocrates

“The secret of health for both mind and body is not to mourn for the past, worry about the future, or anticipate troubles but to live in the present moment wisely and earnestly.” – Buddha

“The devil has put a penalty on all things we enjoy in life. Either we suffer in health or we suffer in soul or we get fat.” – Albert Eisntein